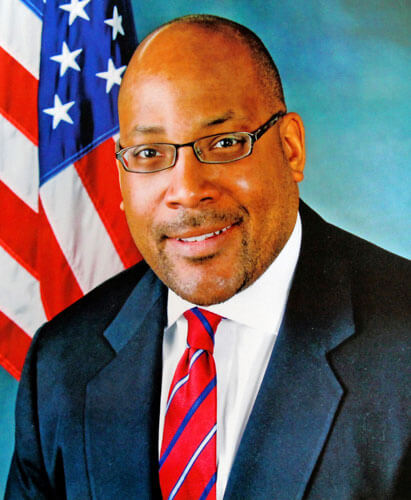 A federal judge sentenced a disgraced state senator to five years in prison for embezzlement, a sentence which will run simultaneously with the prison time he is serving for obstruction of justice and lying to the FBI.

State Sen. John Sampson (D–East Flatbush), who had served as the senate minority leader and chairman of the Ethics Committee, was first found guilty in 2015 for stealing $440,000 while working as a court-appointed referee for foreclosure proceedings.

A judge dismissed the embezzlement charges at his 2017 sentencing because the statute of limitations had passed, but sent him away on charges of obstruction and making false statements to investigators.

Sampson was again charged with embezzlement again in 2018, and Sampson agreed to plead guilty in exchange for not lengthening the prison time he was already serving, according to prosecutors.

Sampson is expected to be released in September 2021.