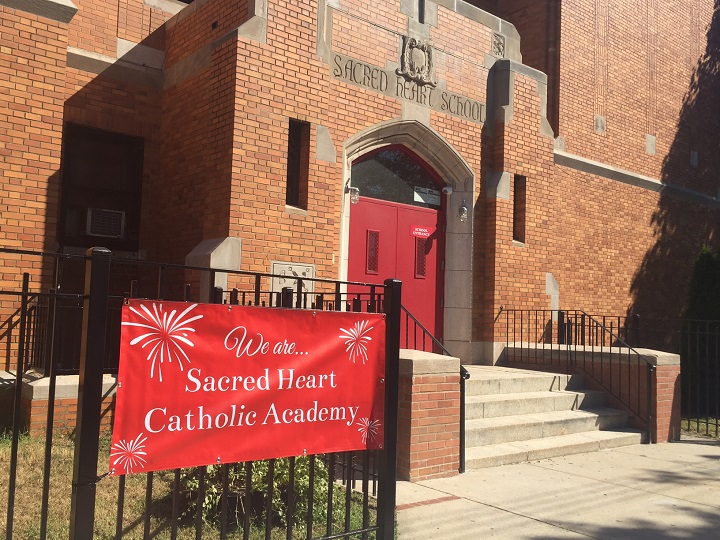 After undergoing a leadership transformation last year, Sacred Heart Catholic Academy of Glendale is holding an open house next week to give the public a glimpse at all of its various academic programs.

The session will take place beginning at 9:30 a.m. on Monday, Jan. 9, at the academy located at 84-05 78th Ave. Parents of prospective students from nursery through eighth grade are encouraged to attend.

According to Jack Seely, chairman of Sacred Heart Catholic Academy board of directors, guests will take part in a presentation about the school as well as a question-and-answer session focused on the academy’s mission, curriculum and record of academic excellence.

Participants will also be given a guided tour of the academy including features such as the library, computer and science labs, and classrooms, and will be able to see students and faculty in action. Light refreshments will be served.

Up until last June, Sacred Heart Catholic Academy was known as Sacred Heart School. The new name reflects a change in school management; a board of lay directors, including Seely, oversees the day-to-day school operations, including fundraising efforts. Sacred Heart’s pastor, who previously managed the parish school, now serves with other ministers in a largely advisorial capacity.

It’s part of the “Preserving the Vision” program that the Diocese of Brooklyn and Queens launched in 2008 with the goal of keeping Catholic schools and education viable for decades to come. All existing Catholic schools in the diocese will be transformed into academies by September of this year.

Monday’s open house at Sacred Heart Catholic Academy comes three weeks before the start of Catholic Schools Week, a weeklong celebration of Catholic education held between Jan. 29 and Feb. 3. Academies across Queens will hold open houses and other events promoting their operations and contributions to the lives of children.