A malfunctioning extension cord is believed to have ignited a fire at a Corona apartment building on Sunday morning that left 14 people injured and forced tenants to improvise when making their escape, Fire Department sources said.

According to FDNY, the fire broke out at 9:52 a.m. on Feb. 12 in the basement of a building at 56-14 Waldron St. Out of the 14 people injured, one was in serious but stable condition, seven refused medical attention and the remaining patients were taken to North Shore Hospital.

CBS New York reported about the experience of Ramonita Rosa, a mother on the second floor, whose daughters Adrianna, 16,  and Gianna, 10, escaped from the fire. The girls found a mattress in an alleyway next to the apartment and handed it over to their super, Roberto Flores, who placed it below their apartment. The mother then threw her nieces and two dogs out of the window and onto the mattress. She climbed out through an FDNY ladder with her nephew, she told CBS New York.

An FDNY spokesperson said they heard this story but cannot confirm because the incident happened before they were on the scene. A photographer for QNS saw the mattress that was used at the scene. The fire was put out at 10:22 a.m. after 12 units and 60 personnel responded. 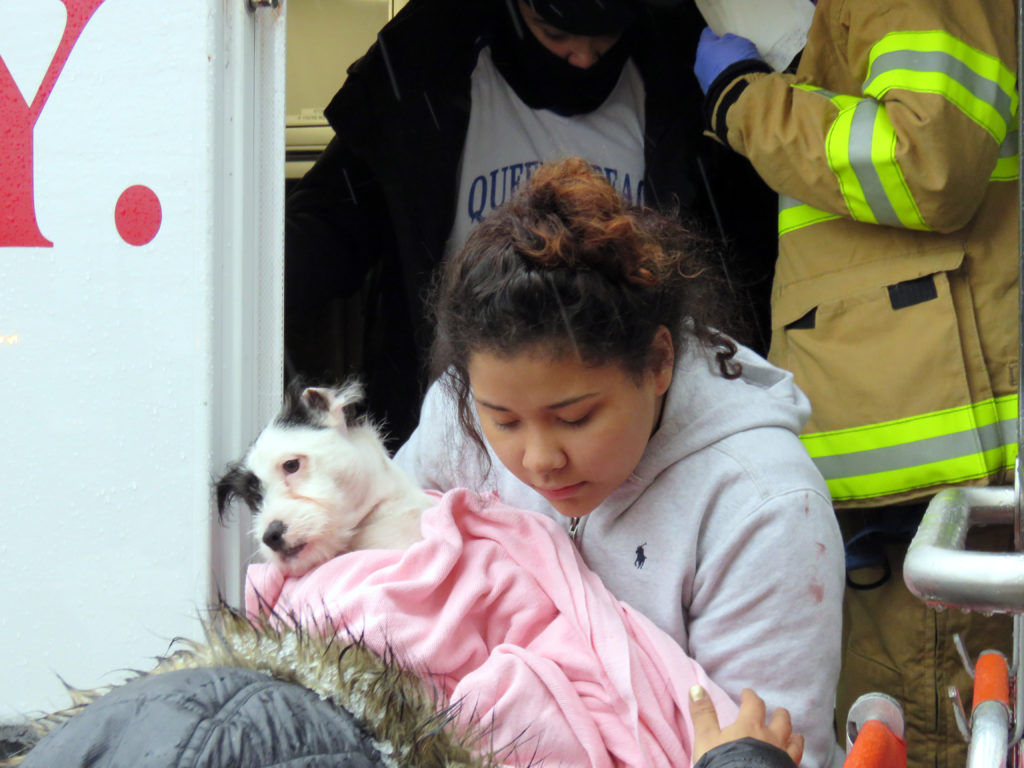