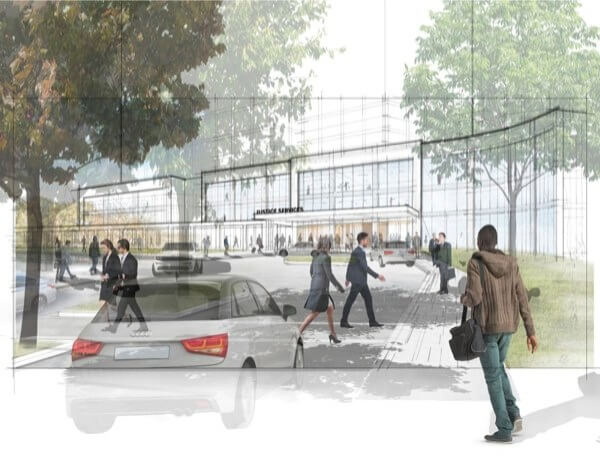 Community Board 9 is calling on the City Council to “vote NO” on the borough-based jails ULURP, citing failure to comply with the New York City Charter.

The statement comes weeks after the City Planning Commision decided to approve the ULURP application to build four new jails across the city as part of a larger plan to reduce the number of jails as well as the capacity of those jails citywide, including the nine located in Rikers Island.

One of those new jails will be built on 126-02 82nd Ave., in Kew Gardens, where the shuttered Queens Detention Complex is located.

“The NY City Council should vote NO on the blatantly flawed and incomplete borough-based jails ULURP, because this ULURP project violates the New York City Charter which the Council is sworn to uphold,” according to the statement.

The advisory body maintained that they didn’t receive “advance notice of all preliminary and final plans” of the project.

“The Community Board and the Kew Gardens community only learned of this proposal after an Aug. 15, 2018 press conference given by the Mayor [Bill de Blasio],” the statement indicated. “Yet nearly 8 months before, in January 2018, the city had already entered into a $7.4 million contract with Perkins Eastman, a contract which eventually grew to $13 million.”

CB 9 has maintained their stance against the new facility since the new plan was announced earlier in the year.

In July, CB 9 Department of Correction’s Design Unit Director Howard Fielder wrote a letter calling de Blasio’s draft environmental impact study on the new facilities “unsubstantiated.” The study projected that one of the benefits of the new facility will be “economic gain for local business owners.”

Now, in CB 9’s latest statement, they point out that the ULURP application — which has garnered much pushback from many other members of the Queens community since its announcement — contains “No Plan, No Design, No Budget and No Program Details.”

“The so called facts presented by the Mayor’s office are a moving target,” the Community Board 9 statement continued. “The eventual project cost is in the billions of public dollars. We believe that no comparable private applicant, even one using only private funds, would have had such a vague application certified to enter the ULURP process.”

They added that, “To vote for a ‘concept,’ a vague outline that will cost billions of public dollars is a violation of the New York City Charter.”

If the NY City Council approves of the ULURP, the proposal will be on track to impose the changes by 2026. It will cost taxpayers approximately $11 billion over the course of that period.

The City Council had a public hearing on the matter on Sept. 5; it has 50 days to vote on the plan.