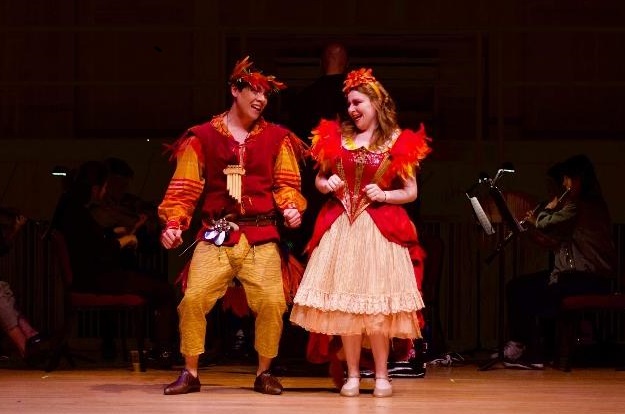 The Queens College Opera is set to perform in New York Opera Fest celebrating its fifth season with performances by 20-plus local opera companies across the city.

On Friday, May 15, at 7 p.m., The Queens College Opera will host a Young Artists Concert featuring excerpts from past, present and future productions at Aaron Copland School of Music in Room 270 on campus at 65-30 Kissena Blvd.

“Each year, Queens College Opera provides talented students of the Aaron Copland School of Music with the opportunity to show off their talents and gain performing experience in beloved works of opera,” said Elizabeth Hastings, director of Queens College Opera. “This concert will offer audiences a chance to hear selections from past, present and future productions.”

Peter Szep, founding director of the New York Opera Fest and co-founder of New York Opera Alliance, said they are honored to provide artists with a platform to develop new works, and engage with communities of all ages and backgrounds.

“What a great time to be enjoying opera in the city,” Szep said. “We strive to provide an event that is accessible and affordable for all audiences. This is truly your neighborhood festival.”

Presented by the New York Opera Alliance, with support from OPERA America, the annual festival runs for two months from May through June starting with a special kick-off event on April 27. This year’s festival includes 60-plus performances including eight world premieres:

Marc A. Scorca, president and CEO of OPERA America, the national membership organization for opera that supports NYOA and the Opera Fest, said, “The vibrancy and ingenuity of the companies that make up the New York Opera Alliance and perform in the NY Opera Fest are inspiring innovation across the entire country. Similar companies are popping up in cities across North America, and many of them are inspiring innovation at larger established companies. They all should aspire to collaborate as effectively as the NYOA in producing such a reputable annual festival.”

For the first time, the festival will take place in all five boroughs in diverse venues such as theaters, bars, school playgrounds, and museums. Opera on Tap will perform thrice in Brooklyn bars and even in a Harlem school playground. According to WQXR Radio, “the festival is a reminder that opera doesn’t need a 3,000-seat theater to be grand, and some of the more innovative, impassioned, exciting, and vital — as well as affordable — productions are coming out of these smaller, more nimble companies.”