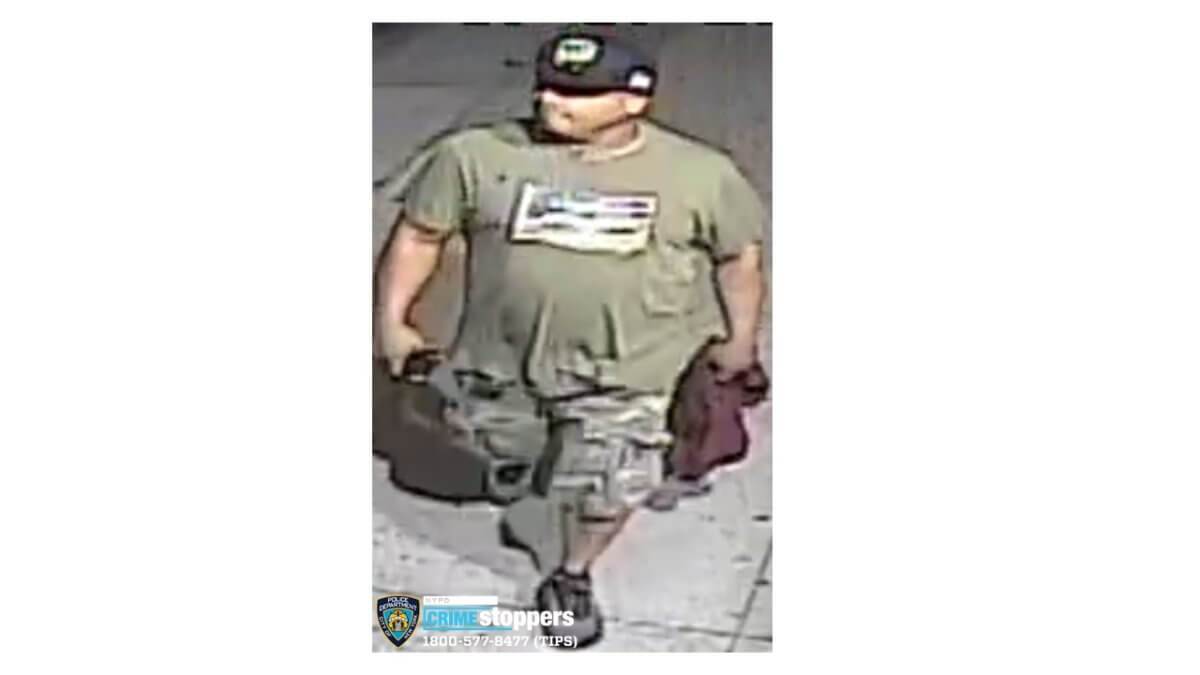 Police from the 110th Precinct are searching for this man suspected of firing his weapon in Corona early Saturday morning. (Photo courtesy of NYPD)

Hours before a mass shooting erupted in north Corona that wounded 10 people Saturday, July 31, another shooting occurred south of Roosevelt Avenue — although no one was injured — according to the NYPD.

Video surveillance captured images of a man casually walking in front of 96-14 40th Road just after 5 a.m. discharging his handgun several times on the sidewalk before returning to the corner where a second man was waiting.

The gunman was wearing camouflage shorts and an olive-colored T-shirt, dark sneakers and a dark baseball cap.

The second man was wearing a white hoodie.