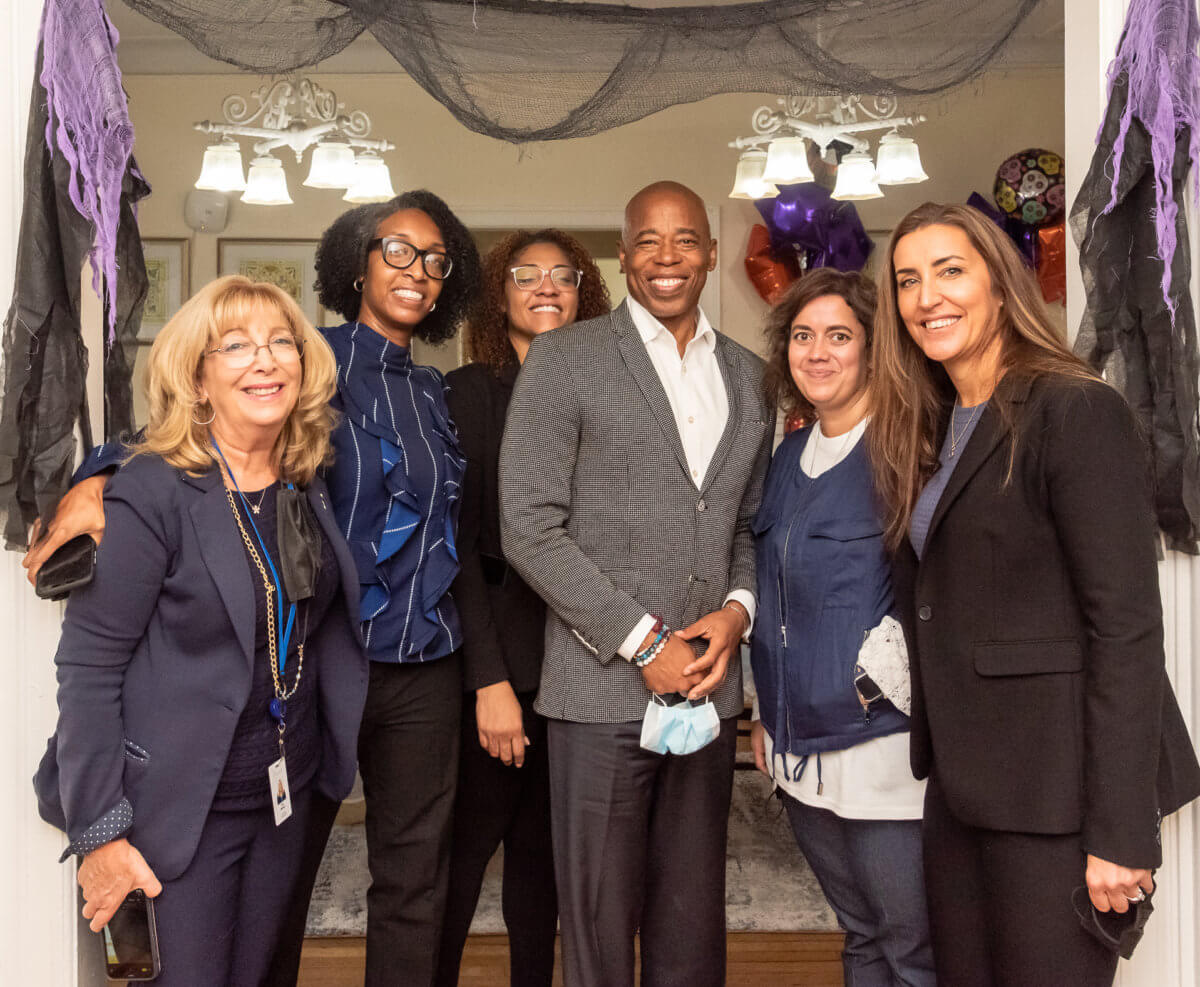 For the last two weeks, the focus of my life has been on Life’s WORC, the people we serve and the people helping us in our mission.

This has been an exciting month of putting the spotlight on the critical work of building visibility regarding the special needs of people in our group homes in the community.

One week ago, I had lunch with Geraldo Rivera and Bill O’Reilly and spoke with Sean Hannity about how they have generously agreed to donate between them $150,000 to Life’s WORC. Then, Dr. Harvey Manes, who had donated $25,000 through his Manes American Peace Prize Foundation, decided to up his donation to $50,000 after reading my “Three Musketeers” column.

Then this week, hopeful future mayor Eric Adams had breakfast at the Geraldo Rivera Group Home in Little Neck — the first home to open for children who came out of the infamous Willowbrook State School. His mission was to listen and learn about the needs of the people with developmental disabilities and autism in our great city.

Back in June 1977, the doors of the Geraldo Rivera Group Home opened to serve the children who had come from Willowbrook.

Eric had come alone in his black SUV to visit and learn about the people who Life’s WORC and other nonprofits serve.

Willowbrook has become synonymous with neglect. The scandalous facility was closed after our successful class action lawsuit and group homes were opened for the 5,400 people who had lived there.

Fast forward to today, Eric, in an interview, had misspoken about the use of that Staten Island institution and I immediately reacted.

He accepted my invitation to learn about the people who had lived 44 years ago at Willowbrook (now reimagined as the College of Staten Island) by visiting the former residents at the home where they now live in dignity.

He was a great listener as he walked through the beautifully landscaped home that is designed to meet the special needs of the people who live in the Gaskell Road location in Little Neck, Queens — one of 50 homes in the community operated by Life’s WORC.

We were joined by Lynne Koufakis, chair of the Life’s WORC board, and her husband Michael, along with Life’s WORC CEO Janet Koch, as we walked, talked and answered Eric’s questions.

We then went into the living room for a chat with leaders in the field representing nonprofit organizations offering services for people with special needs, including Marco Damiani, the leader of the $350 million AHRC New York City, Thomas McAlvanah, executive director of the Interagency Council and Yvette Watts, chair of QSAC.

Our lively discussion of issues of concern held Eric’s full attention and he boldly said to us, “Give me a blueprint — what are your issues and what are the solutions?”

He also offered to set up an advisory committee to help oversee roadblocks for implementation and bureaucracy in city government.

As he walked out the door at 11:44 a.m. with the sun shining over us, he left behind a roomful of smiling, engaged and newly won fans ready to do their homework to enable Eric to do his work to make the lives of our special needs family members ones of dignity and success.

He left us with much hope for the future!

I would like to remind everyone how important it is to VOTE NOW.

She has lived in the district for decades, and as a longtime civic leader, she has all the qualities to serve the wonderful people in those communities.

She has 30 years of experience working for two mayors, as well as members of the New York CIty Council on both sides of the aisle, nonprofits and private sector.

She is active in organizations for those in need which are donated to families of domestic violence, and local family shelters. And she will always support our first responders.

Joann can help us to get through the pandemic and bring back our neighborhoods stronger than ever.

I know she will fight to give her constituents the quality of life they deserve.