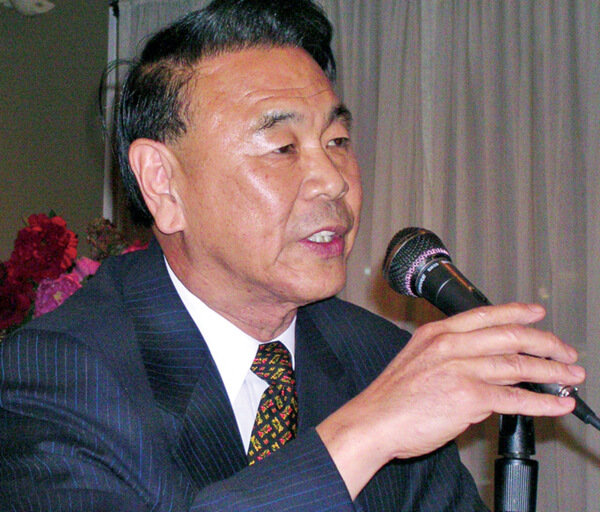 Jimmy Meng, a former Flushing state assemblyman and father of current Assemblywoman Grace Meng (D-Flushing), was arrested on charges of wire fraud in an FBI sting operation after he accepted a fruit basket containing $80,000 in bribery money Tuesday afternoon at his Flushing-based company, according to federal prosecutors.

In 2011, Meng told an unnamed acquaintance facing charges on state tax crimes that members of the Manhattan district attorney’s office could be influenced into doling out a lesser sentence with an $80,000 bribe, according to U.S. Attorney Loretta Lynch, who alleged that Meng offered to broker the deal.

But Meng never actually contacted anyone in the prosecutor’s office and instead led the acquaintance into believing the money could influence the case, Lynch said.

The unnamed person eventually went to the government and turned into a witness, wearing a wire since December to record ongoing discussions between him and Meng about the nature of the bribe, Lynch said.

“As alleged in the complaint, Jimmy Meng sought to be a power broker in the halls of justice. But the influence he sought to peddle was corrupt and his power was illusory,” Lynch said in a statement.

The sting operation ended Tuesday afternoon, when the cooperating witness brought a fruit basket filled with $80,000 stuffed inside, on Meng’s instructions, to Queens Lumber, at 34-47 College Point Blvd., and federal agents arrested Meng.

“Meng, as alleged in the complaint, promised he could reduce a defendant’s sentence, but only if they paid the right price and promised to keep Meng’s intentions a secret,” said Janice Fedarcyk, the FBI’s assistant director. “As it turns out, Meng was only looking to pad his own pockets in the form of a bountiful fruit basket worth $80,000 in bribe money.”

“I am shocked and deeply saddened by these allegations. Prior to this afternoon’s reports, I had no knowledge of my father’s actions or the investigation,” Grace Meng said. “I am independent of my father — always have been, always will be. Until more facts emerge and we have a better understanding of the situation, the only thing further I’ll say is that I urge my father to fully cooperate with all authorities.”