Oakland Gardens residents gain support in bid to save woodland 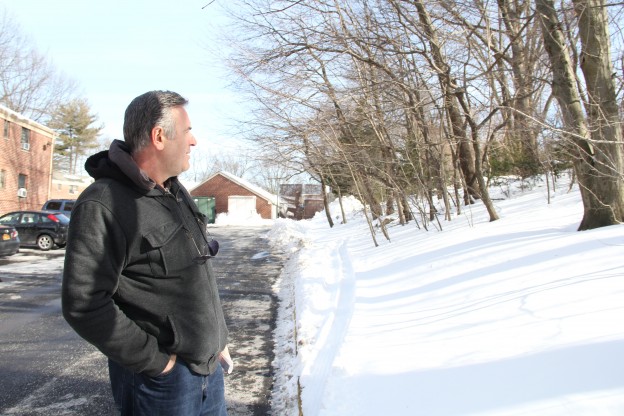 The tree huggers are gaining some political muscle.

A group of Oakland Gardens residents have been building support over the last few weeks to stop a developer’s plan to break a deal made with the city by paving over hundreds of trees and shrubbery in the area for a parking lot and community building.

“I’m opposing it. I see no reason to support it,” said Avella, whose coverage area includes the endangered strip of trees that runs along 77th Street between Springfield Boulevard and 217th Street.

Avella continued, “There’s the issue of the effects this would have on the quality of life,” adding: “This may violate the original agreement.”

The 1,200-foot-long strip of land is owned by Windsor Oaks Tenants’ Corp., which also owns co-op buildings in the area. The agreement to keep the land forested was reached in 1950 when the city allowed the property owner to break several zoning laws to construct the co-ops that still stand today. In exchange, the corporation agreed to leave a strip of land undeveloped that separates the co-ops from several blocks of private homes on 77th Street.

But the corporation now wants to renegotiate its deal with the city that would allow them to  turn the woodland into a parking lot and a community building, according to city records.

“We just couldn’t believe that they are trying to take this beautiful piece of land away,” said John Hatzopoulos, who has lived in one of the private homes on 77th Avenue with the unbuilt land directly behind his home. “So you can imagine my joy when [Avella] decided to support our cause.”

Avella plans to meet with Hatzopoulos and several other residents who have been circulating a petition against the development.

“This application rubbed me the wrong way,” Avella said. “The opposition is very clear and strong. We have a great chance to defeat this.”

Community Board 11 will consider the corporation’s request on March 2 during a public meeting. The corporation wants to create a parking lot with 98 spaces with an entrance on Springfield Boulevard and a community building.

The decision will ultimately be up to the Board of Standards and Appeals, the city panel that determines whether zoning variances can be granted.