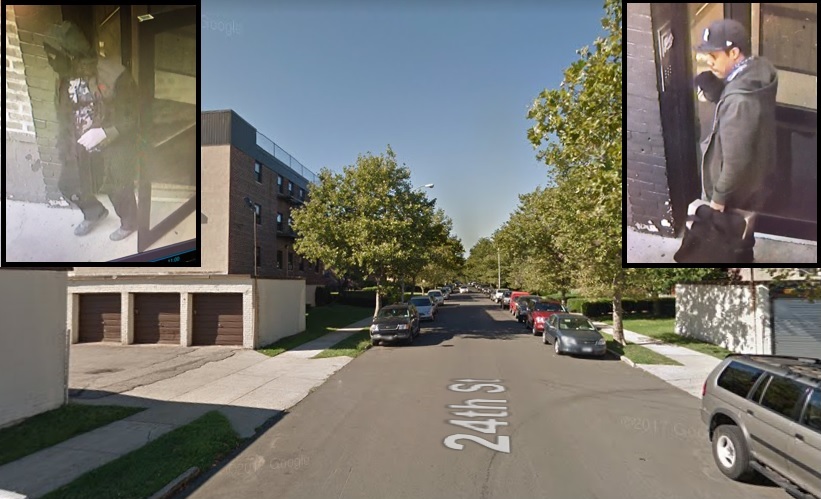 The NYPD released images of two men who posed as UPS workers in order to force their way into an Astoria man’s home and shoot him in the leg last week.

The incident occurred around 10 a.m. on Dec. 21 at a home at the intersection of 20th Avenue and 24th Street. Two men knocked on the door and told the victim that they were UPS workers delivering a package, according to police.

Once the 53-year-old man opened the door, the two suspects forced themselves into the home. A struggle ensued and one of the men shot the victim in the leg.

The suspects fled and the man was transported to Mount Sinai Queens in stable condition.

Police describe the first suspect as a black male, approximately 5 feet, 10 inches with a medium build. He was last seen a dark jacket, dark pants, black and white Nike sneakers and a black hat.

The second suspect is described as a Hispanic man who was last seen wearing a gray and black jacket, black pants, black winter hat and latex gloves.

Anyone with information regarding the shooting is urged to call Crime Stoppers at 800-577-TIPS (for Spanish, dial 888-57-PISTA), visit their website or send a text message to 274637 (CRIMES), then enter TIP577. All calls and messages are kept confidential.