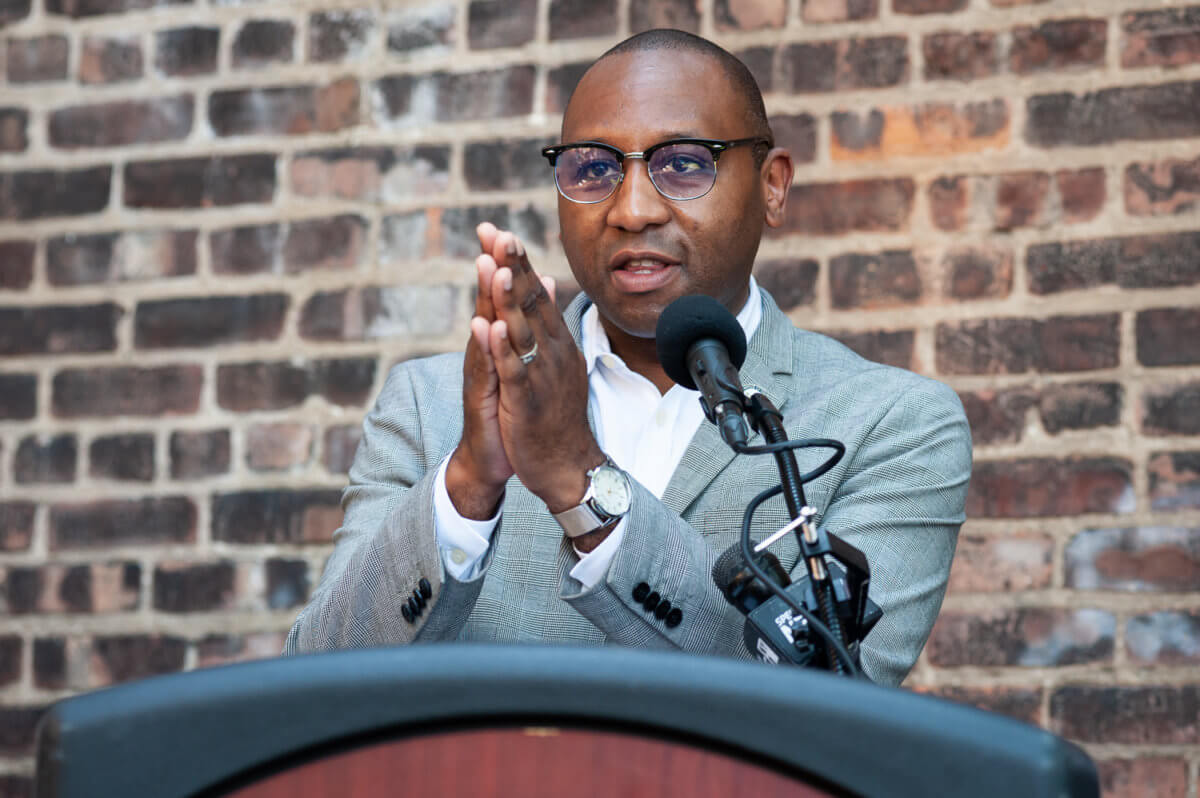 Over 200 groups signed up to testify during Queens Borough President Donovan Richards’ budget hearing to solidify the borough’s priorities in the mayor’s 2023 preliminary budget, which was released Feb. 16.

Queens Council members, community boards and other groups all joined to voice their opinions on where the money should be spent in Queens.

District Manager Florence Koulouris from Community Board 1 was the first to speak, asking the borough president to consider the issues her communities face — one of which is rising sea levels.

“The Astoria Houses has adversely been affected by hurricanes,” Koulouris said. “Eight buildings were damaged. The boilers need to be replaced and roof repairs and electrical work is needed. There have always been high tides rising over existing sea walls. Saltwater has severely damaged sea walls and railings which is in dire need of repair.”

Community Board 8 District Manager Marie Adam-Ovide said that homeless services in Queens need to be much more effective.

“There is no air conditioning for [homeless] families in shelters with temperatures over 90 degrees,” Adam-Ovide said. “In that same building, the staff are provided air conditioning. Why are the homeless sleeping in the subways? Sleeping in air-conditioned subway cars is more comfortable than sleeping in the Briarwood Family Shelter in the heat of summer. Heat kills.”

The meeting lasted a whopping 10 hours, with Richards listening to each and every group interest and concern across Queens.

“While I am optimistic that we are on our way, economic recovery has been uneven with the unpredictable waves of COVID-19 including the latest wave of the omicron variant,” Richards said. “Here in Queens we will get through this together and work with our partners to secure a responsible budget that works for all.”

The budget process is in its initial phase, with Council members analyzing the preliminary budget through a series of public hearings to identify concerns from residents, advocates and others. Then, the Council will make recommendations for the executive budget, which will be an updated version of the preliminary budget. Finally, a budget will be adopted in May or June.