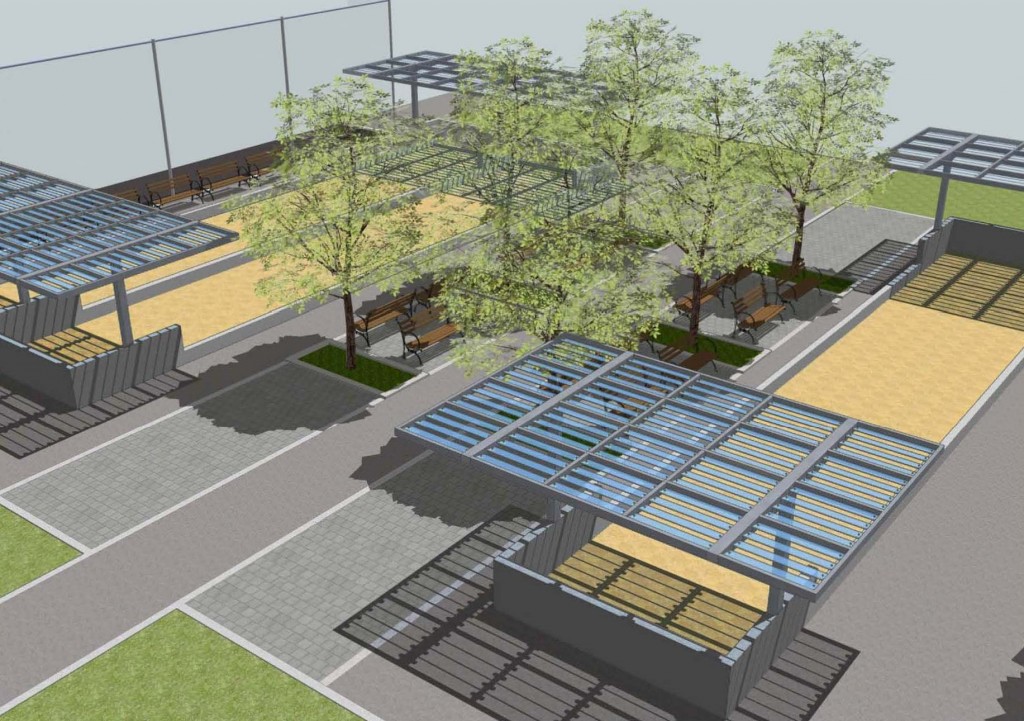 Rendering courtesy of the Parks Department

The bocce ball players that arrive at Juniper Valley Park rain or shine will no longer have to worry about the elements.

The city’s Parks Department announced a request for proposal for improvements to the Middle Village park’s bocce courts, including a shade structure covering the space.

The renovations include the reconstruction of the two existing courts as well as the addition of a third court. Each court will have a shade structure built to cover the court and additional trees will also be planted.

“We need the cover,” said 72-year-old Middle Village resident Enrico Gangi. The reconstructed courts are also a welcome addition, Gangi said, because the original ones were not built correctly.

The $850,000 project will be funded through allocations from Borough President Helen Marshall ($800,000) and Councilmember Elizabeth Crowley ($50,000). The Parks Department submitted a request for proposal July 18.

“The planned bocce courts will be another great addition to Juniper Park,” said Crowley, who represents the area. “I’m thrilled for the local bocce players, who will be able to play on a new court with an awning enabling the sport in all kinds of weather. The players and the court are an asset to the park.”

William Isoldi, 84, who plays daily on the Middle Village bocce courts, said he looks forward to the improvements.

Construction is scheduled to begin in the fall.