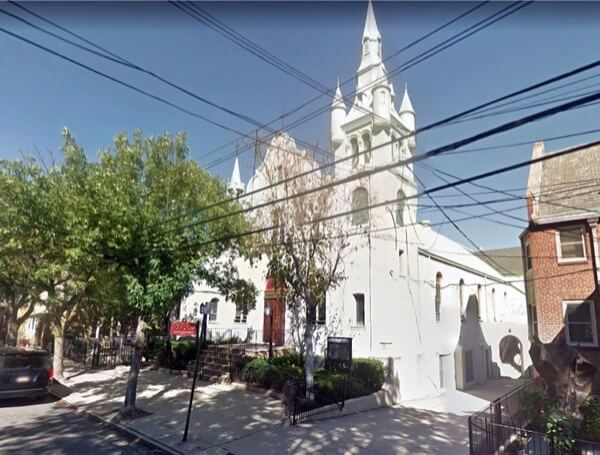 Up to 15 victims have come forward accusing a former Maspeth parish priest of sexual abuse.

A former Maspeth priest is under investigation for the sexual assault of up to 15 girls between 1973 and 1994 with the help of Boston attorney Mitchell Garabedian, who was depicted in the film “Spotlight. Additional women are coming forward.

During the time Father Adam Prochaski was with Holy Cross parish school at 61-21 56th Rd. , Linda Porcaro, a teacher who was close to the matter and the whistleblower in the case, claims the priest had assaulted numerous girls between the ages of 5 and 16 and was known to use physical intimidation on the boys in the school.

“He was mean and intimidating,” Porcaro said in an interview with TimesLedger. “He was very large, he towered over me … He was about 6-foot-4, he wasn’t slim, He wasn’t overweight, but he was built and to a child that’s already very intimidating. I know he was rough with the boys, I saw him with the boys.”

According to Porcaro, Prochaski was especially mean to those who were aware of his actions with the girls in the school and recalls one boy who always had tears in his eyes because of the way the priest would grab him around the neck.

Porcaro remembers Prochaski as someone who was a “snob” in terms of his taste in cars, clothes and food. He was often taking photos of unsuspecting people around the parish and the school. Porcaro said he had a catalogue of photos of students.

Porcaro said several students came to her about the abuse they endured and she took this information to the principal in 1990.

Porcaro told the new principal about Prochaski in 1991 and the diocese was informed. They conducted interviews of students but proceeded no further, according to Porcaro.

“This could have been stopped when I reported it, and I believe I was the first. Everybody up until then just laughed about it,” said Procaro, who was teaching fifth to eighth grade at the time, said. “About seven girls came to me to tell me Father Adam was sexually abusing them. I didn’t hesitate to report it.”

Garabedian said Prochaski was sent to a parish in south Brooklyn “where priests could watch over him.” According to the Official Catholic Directory, Prochaski was on leave from 1995 to 2002.

But according to the Diocese of Brooklyn-Queens spokeswoman Carolyn Erstad, Prochaski should not have been listed on sick leave since he had cut ties with the church in 1995 after being approached by diocese leaders about the complaints of sexual misconduct.

Prochaski did not cooperate with church officials when confronted, Erstad explained.

Erstad said the church had not received any official complaints about the assaults until 1994.

“Based on my experience from handing clergy sexual abuse cases, that is code for in many instances pedophilia and treatment for pedophilia,” Garabedian said. “It’s troubling that Bishop [Vose] Daily and other supervisors of Father Prochaski did not protect innocent children when Father Prochaski was openly and notoriously sexually abusing children in the hallways of the Holy Cross School, the Holy Cross Church and other locations.”

Garabedian said he was not aware of Prochaski’s exact whereabouts, but based on the information he does have, he may still be in the New York City area.

The victims are not able to file a lawsuit because of the statute of limitations which specifies that charges must be filed by child victims of sexual assault who are under 23. Prochaski’s victims are mainly in their 40s, but Garabedian is hoping to see the law changed.

“It is clear there is a cover-up here,” Garabedian said.

Erstad said all the allegations against Prochaski were handed over to the Queens district attorney in 2002.

The NYPD is currently investigating the matter, according to Garabedian, and the victims are applying to the Diocese of Brooklyn-Queens settlement program for victims of sexual abuse.

“In addition to the implementation of sweeping reform, the Diocese of Brooklyn is financially compensating survivors of past abuse,” the Diocese announced in a statement. “In June, the Diocese implemented the Independent Reconciliation and Compensation Program. All of the women being represented by Mr. Garabedian are invited to apply to the program. We understand that no amount of money can heal the wounds of abuse, but we hope the financial compensation offered through the IRCP will show our solidarity with survivors and provide some element of closure.”

The settlement program can be used to pay for mental health services with clinics and physician unaffiliated with the church, according to Erstad.

“We’re dealing with another, seemingly cover-up by the church,” Bob Hoatson from Road to Recovery, an organization which helps sexual assault victims, said. “They weren’t transparent, they didn’t act immediately, they didn’t call the police. They didn’t take the interests of these girls and their families at heart and now of course the damage has been done. These women are attempting now to recover from this and it’s going to take them a long time. It could have been avoided for the most part.”

Garabedian said while some of the women still embrace the faith, they are all dealing with the trauma of their experiences in different ways.