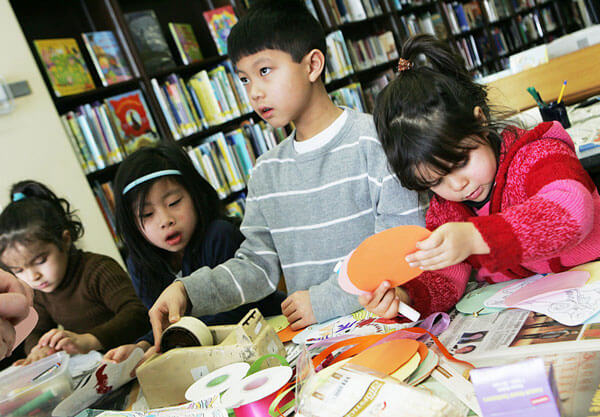 Flushing ranks No. 1 in New York for the highest percentage of children without health insurance, according to a new report.
Photo by Christina Santucci

The Citizens’ Committee for Children of New York’s new report revealed Flushing has the highest share of children without health insurance in the city.

The nonprofit’s report, “The Community Risk Ranking,”said that the well-being of city children continues to improve following the 2008 Great Recession, but those improvements are not reaching all children. The report ranks the city’s 59 community districts and highlights neighborhoods where children continue to face significant risks to long-term well-being.

CCC’s report measures 18 indicators across six domains of child well-being, including economic security, housing, health, education, youth, and family and community. The report found that from 2010 to 2015, New York City experienced citywide improvements overall, including declining child poverty rates, lower teen birth rates, and increasing median incomes and graduation rates. This year’s report focuses on the differences from 2010 to 2015 to show how community risk levels have changed in the years since the height of the recession.

According to the report, children in the southern Bronx, central Brooklyn, and Upper Manhattan still have the highest level of risk, but surprisingly, eastern parts of Queens, which include the neighborhoods of Flushing, Woodhaven and Queens Village, show elevated levels of risk, even in areas where citywide trends are positive. The report said that despite the fact that community districts in eastern Queens have fared comparatively well in terms of economic conditions and the overall indicators, there are troubling trends in the areas of health, housing and education that point to the need for more supports for children and families in some neighborhoods.

Flushing experienced the highest percentage of children without health insurance in 2015, as well as reductions in families using early childhood education services and shouldering increased rent burden. CCC classifies rent burden as those households that are spending more than half of their income on keeping a roof over their heads.

Jennifer March, executive director of CCC, said the city has the largest population of children in the country and local action addressing the needs of the most vulnerable children can combat disparities.

“When we look at the status of child well-being in New York City, we see clear signs of progress citywide since the economic downturn,” she said. “But not every community is benefiting from this rising tide. In fact, we see children in particular communities falling behind, so we need to build on the efforts already underway and enact policy solutions that will make New York City a fairer and more just city for its children and families.”

Apurva Mehrotra, CCC director of Research and Data Analysis, said the nonprofit’s hope is that this analysis will provide the foundation for conversations around what more can be done to make sure that children and families in every community in the city flourish.

The CCC proposed several solutions, including expanding access to affordable family-based and center-based child care for infants and toddlers and offering reduced-priced MetroCards for low-income New Yorkers as well as creating transportation alternatives in hard-to-reach communities.