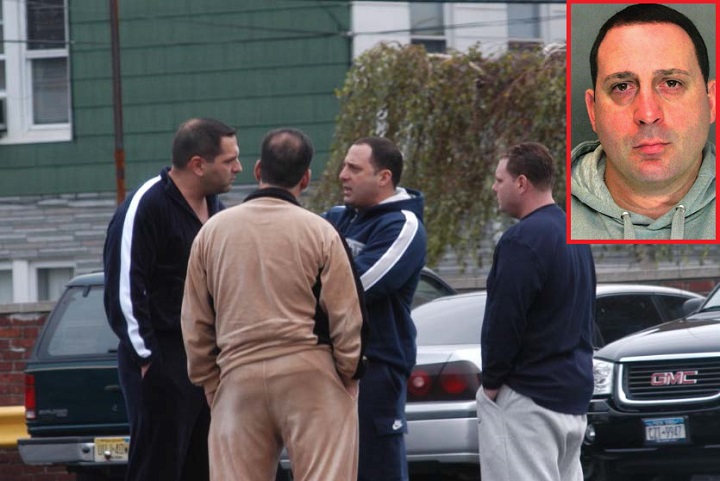 A reputed mob captain from Howard Beach and two alleged associates have copped pleas to their roles in a multimillion-dollar racketeering ring, federal prosecutors announced on Monday afternoon.

Ronald (aka Ronnie G) Giallanzo, 47, of Howard Beach, an acting captain in the Bonanno crime family, and fellow mobster Michael Palmaccio, 46, of Queens pleaded guilty on March 19  to operating a loansharking racket over a 10-year period, according to U.S. Attorney Richard Donoghue.

Another friend of theirs — Nicholas (aka Pudgie) Festa, 37, of Oceanside, NY — entered a guilty plea on March 8 to similar charges. Donoghue said that all three individuals face a maximum of 20 years imprisonment when they are sentenced. Seven other co-defendants have previously pleaded guilty in the case, he noted.

“Through their acts of violence, Giallanzo, Palmaccio and Festa reaped substantial illicit profits at the expense of their loansharking victims,” Donoghue said on Monday. “With today’s guilty please, these defendants are being held responsible for their destructive role in perpetuating organized crime’s presence in the community.”

Federal prosecutors said Giallanzo, Palmaccio and Festa were part of a Howard Beach-based crew that operated a loansharking ring. According to the indictment, they lent out more than $3 million to customers who were charged exorbitant interest rates.

Authorities said that Giallanzo oversaw the operation even while he was incarcerated for a time on an unrelated matter, and directed his underlings to take violent actions against individuals who missed their required weekly repayments.

In one episode outlined in the indictment last March, Giallanzo and an unidentified cohort brutally assaulted a loanshark customer (who had borrowed $250,000 from Giallanzo but failed to make his weekly payments) until the individual wound up soiling himself from the beating. Giallanzo allegedly screamed at the customer, “Where’s the f—ing money?” as he attacked him.

As part of his plea bargain, Giallanzo will forfeit $1.25 million to the federal government and will be required to sell the Howard Beach mansion he constructed. Once a modest one-story ranch home, Giallanzo transformed it into a palace that could have doubled as a mob boss’s home on The Sopranos.

Palmaccio and Festa also agreed to each forfeit $500,000 for their roles in the loansharking scheme.