Two teens reported missing after they were last seen at their Queens homes in unrelated cases: NYPD 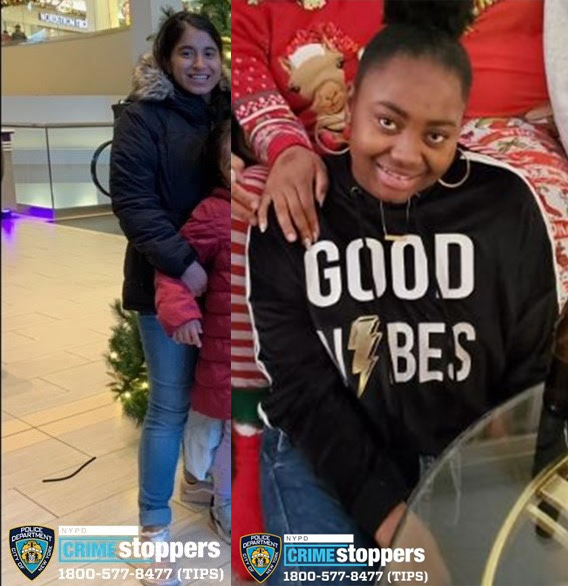 Two teenage girls went missing this month after they were last seen at their homes in Queens.

Police say that 16-year-old Joselyn Tul was last seen leaving her home on 108th Street in Corona at 5 p.m. on Dec. 16. A spokesperson for the NYPD stated that Tul had gotten into an argument that day which caused her to leave and not return.

Tul is described as a Hispanic woman standing 5 feet, 4 inches tall, weighing 125 pounds and in good physical health. She was last seen wearing a black coat and dark pants.

In an unrelated case, it was also reported that a Cambria Heights teenager went missing this past weekend. Kyra Robinson, 13, was last seen at her home on Francis Lewis Boulevard at 7:30 p.m. on Dec. 27.

Police say that this is not the first time Robinson has disappeared. She is described as a black female standing 5 feet, 3 inches tall, weighing 165 pounds and in good physical health. She was last seen wearing a black sweatshirt. Anyone with information in regard to these missing people is asked to call the NYPD’s Crime Stoppers Hotline at 800-577-TIPS (8477) or for Spanish, 888-57-PISTA (74782). The public can also submit their tips by logging onto the Crime Stoppers website or on Twitter @NYPDTips. All calls are strictly confidential.