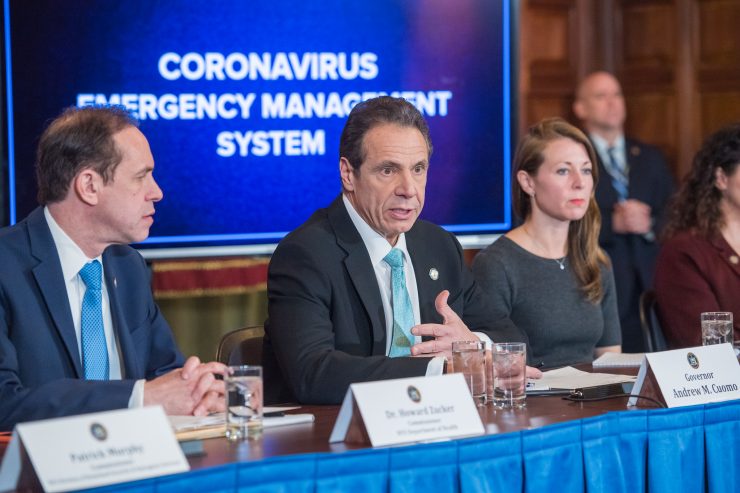 New York is taking matters into their own hands when it comes to testing for coronavirus.

“We’re not in a position where we can rely on the CDC or the FDA to manage this testing protocol,” Cuomo said.

Cuomo stated that he spoke with 28 private labs in New York and told them they should “get up, get running and start moving forward with testing.” The state’s Health Department has a pre-existing relationship with these labs, which Cuomo says has the experience with virology to get the testing done.

“The FDA still needs to sign off on the actual protocols of some of these tests, and that is still complicating the situation,” said Cuomo. “But this will greatly increase the testing capacity as we get these 28 labs up and running.”

The number of cases in New York as a whole has risen to 212, with 12 new cases in New York City and 121 in Westchester County. During the conference, Cuomo outlined measures that are being taken to decrease population density in an effort to keep coronavirus from spreading. After speaking with several business leaders, Cuomo said that some options that businesses can adopt to different work schedules, as well as encouraging telecommuting and working from home.

In an effort to keep workers from facing economic hardship, any employee of New York state that is placed under quarantine, whether mandatory or precautionary, will be paid, and the governor is working for other employers to follow suit.

“We are asking the Legislature to pass a bill that says people will be paid by their employer if they are quarantined,” said Cuomo.

Cleaning protocol will be doubled on public transportation. Cuomo also noted that CUNY and SUNY schools will be moving to a distance learning model starting March 19.

At this time, it is not immediate clear what will happen regarding the city’s St. Patrick’s Day parade, however Cuomo indicated that it would make sense if the parade was canceled this year.

“After speaking to health experts, their advice is to reduce large gatherings. Why would you risk bring thousands of people together knowing that this is a virus that easily communicates?” said Cuomo. “St. Patrick’s Day is one of the great convenings in New York City. The experts say you shouldn’t have a St. Patrick’s Day gathering at this time, which I believe makes sense.”