Catch this western Queens actress in ‘The Sopranos’ prequel 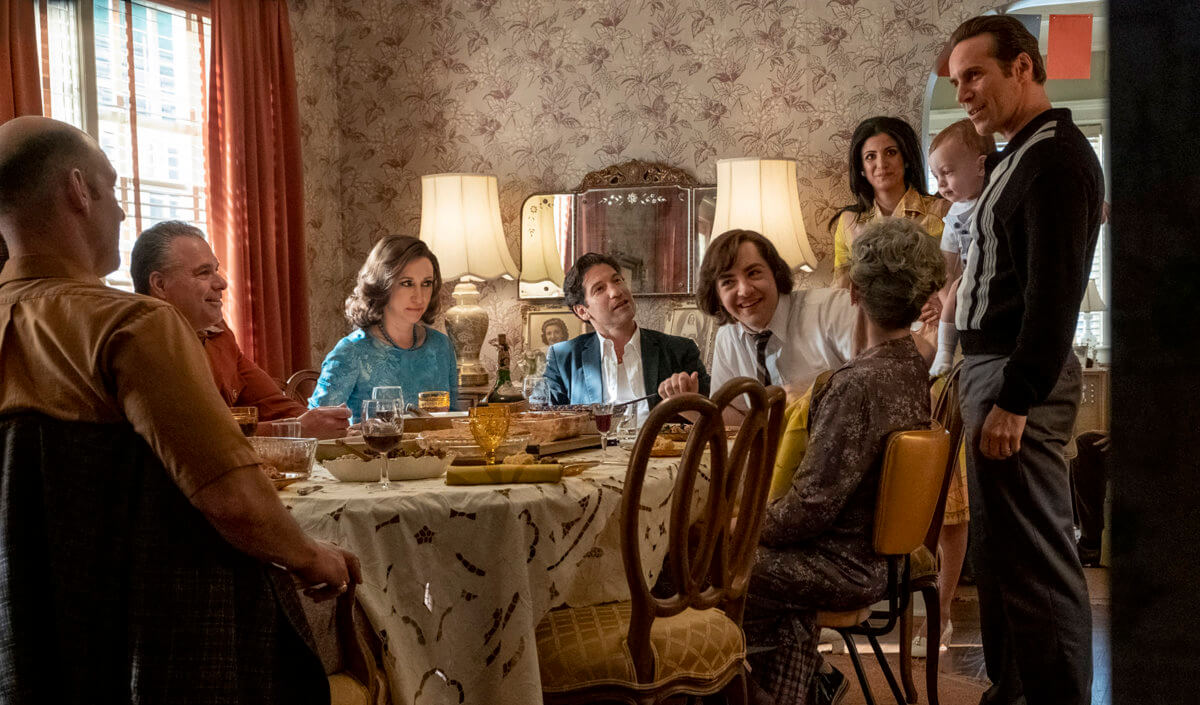 Excitement for “The Sopranos” prequel, “The Many Saints of Newark,” can be felt around the city. The new film, based on the beloved HBO series starring the late James Gandolfini, will transport fans back to the 1960s and ‘70s. It follows the teenage years of Tony Soprano (played by Gandolfini’s son, Michael Gandolfini) as his uncle and mentor Dickie Moltisanti (Alessandro Nivola) gets wrapped up in a violent gang war.

Piazza spoke to BORO about her career and her experience working on the highly anticipated film.

Before she landed the role of Joanne Moltisanti, Piazza was on a very different life path. By her mid-twenties, the New York City native was escalating through the ranks at a technology company as VP of sales, but something wasn’t right.

“It’s safe to say that I was missing a creative spark,” Piazza said. “I had always really been interested in television and film, and I had the wonderful opportunity to meet a very dear person in my life who encouraged me to go to school at night for acting.”

She took the friend’s advice and enrolled at the New York Film Academy. She quickly fell in love. After attempting to juggle both a nine-to-five and acting for half a year, Piazza quit her day job when she decided to executive produce and star in her own short film — which she credits with catapulting her career.

“It was the scariest moment of my life,” she recalled.

Over the next five years, she made opportunities for herself and collaborated with artists around the city. She produced four short films, executive produced three, starred in three, and went on auditions — one of which led her to the world of “The Sopranos.”

“I had watched this beautiful show before, but not to the point where I was really prepared for this audition, so I sat down and watched it and truly fell in love again with the show [David Chase] had created,” Piazza said. “And I just felt really good about it. I’m Italian — I’m also Dominican — but the Italian side of my family is just so close to my heart. I just got it. So I went in there and did my job — what I thought would work.”

And it did. About four months later, she was standing in a stairwell at her restaurant job on the phone with her manager. Piazza smiled at the memory:

“She said, ‘You’re Joanne in “The Sopranos”!’ I just started bawling … I remember going to the hostess at the time and being like, ‘Jen, can you pinch me?’ It was crazy.”

She described walking into the first table read as nerve-wracking but welcoming.

“They say that James Gandolfini was the nicest guy and made everyone feel like family on set, and Michael [Gandolfini] filled those shoes beautifully. He came right up to me and introduced himself, and that opened the door for me to have enough confidence to introduce myself to the incredible Vera Farmiga, Jon Bernthal and the man who plays my husband, Alessandro Nivola. Just sitting as an actor with these incredibly talented — and Ray Liotta! — these incredibly talented actors … I was just like, ‘How did I get in here?’ From there we just felt like a family.”

The production faced the difficult task of staying true to the show everyone knows and loves, while also forging a tale that could stand on its own.

“It was sort of daunting in a sense because fans of ‘The Sopranos’ have their hearts set on these characters,” Piazza said. “But because it’s a prequel, there’s a freeness around the roles that we were given.”

Joanne Moltisanti only appears in the original show a handful of times, which allowed for some creative freedom. Piazza conducted her own character research, using her mother and grandmother as resources to get a sense of life in New York and New Jersey at that time.

On set, the cast was given vocal direction from professional dialect coach Kohli Calhoun. A team of talented set and costume designers brought 1960s Newark to life. In fact, a lot of scenes were shot right here in Queens.

“I’ve walked past sets living in Queens and New York,” Piazza said, “but when we would shoot outside, everybody would be on the street with lawn chairs and it felt so ‘New York.’ People would sometimes clap at the end of takes! To be on the other side of that as a young actor was just such a cool New York experience to be part of.”

Piazza credits Astoria and the surrounding areas with introducing her to a close-knit arsenal of talented creatives with whom she still regularly collaborates.

“It almost feels like we have a community network of people who are so invested in that creative bubble,” Piazza said. “I know people call it ‘Act-oria,’ but it really feels like there’s somebody for really any type of creative outlet that you need. It’s been really wonderful to build that bubble together, and we’re all still here, still making movies.”

You can catch Piazza in “The Many Saints of Newark” when it premieres on Oct. 1.