Woman assaulted on board L train in Ridgewood: NYPD 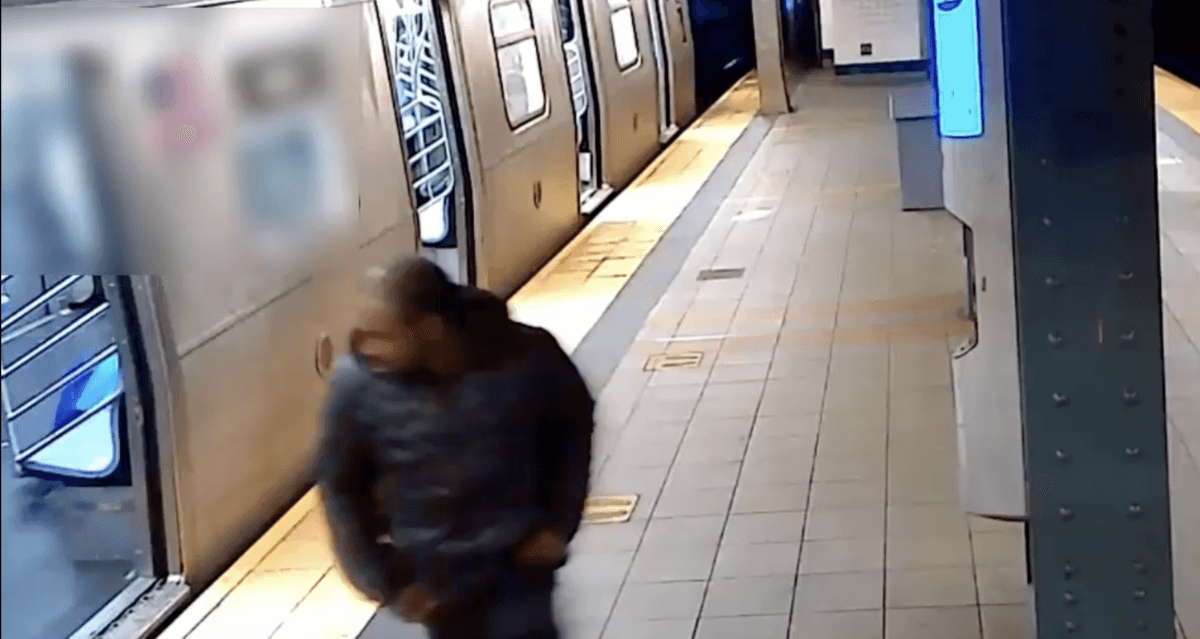 Cops from the 104th Precinct in Ridgewood are looking for the suspect who allegedly assaulted a 22-year-old woman on an L train last month. (Photo via NYPD)

Police from the 104th Precinct in Ridgewood and Transit District 33 are looking for a man who assaulted a woman on board an L train at the Myrtle Avenue and Wyckoff Avenue subway station last month.

Police say the 22-year-old woman was sitting on board a southbound L when an unidentified man approached her, grabbed her head and rammed it against a train door causing pain and swelling.

The suspect left the train and then fled the station on foot in an unknown direction, according to authorities.

The NYPD on Jan. 19 released video surveillance of the suspect leaving the train, provided by the MTA.

He is described as having a dark complexion, in his 40s, approximately 5’10” and 180 pounds with a medium build. He was last seen wearing a black hooded winter jacket and dark pants.