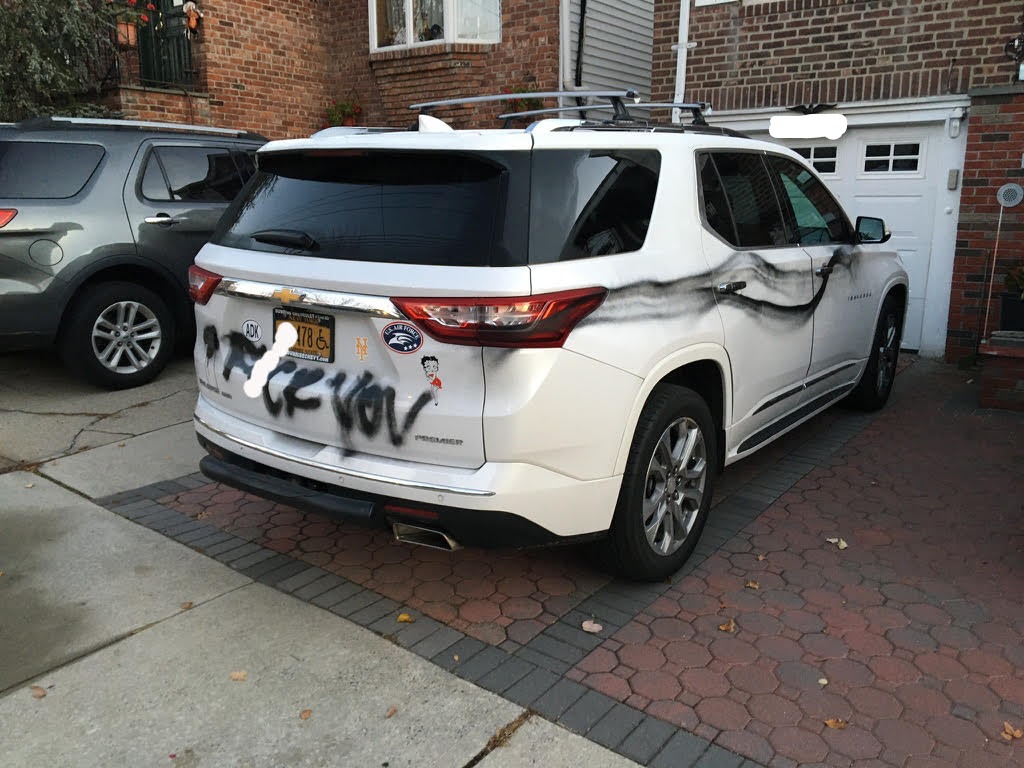 Police arrested five individuals on the night of Friday, Nov. 19,  after alleged extremists reacting to the verdict of the high-profile Kyle Rittenhouse trial wreaked havoc in Middle Village.

On Friday afternoon, a jury found Rittenhouse not guilty of homicide, attempted homicide and other charges relating to the 2020 shootings in Kenosha, Wisconsin. This acquittal sparked national debate and unrest as protests erupted throughout the country.

According to NYPD, 40 to 50 people gathered in Crowley Park in Elmhurst going town to town, destroying property and wreaking havoc. Law enforcement sources said that around 8:30 p.m. Friday, officers observed a group of people marching through Middle Village, screaming and throwing garbage cans into the path of police vehicles to prevent officers from following them. The group also ran up to several houses to remove American flags, break mailboxes and damage multiple parked cars.

Councilman Robert Holden said rioters targeted his district for its support of police.

“I voted against defunding the police in the City Council, unlike many of my colleagues,” Holden said. “I saw what was going to happen if we did that, and it has happened. If my community is going to be targeted, we’re going to fight back.”

Holden said that any mention of these aggravators referred to as protesters are inaccurate.

“Don’t call them protesters. They were rioters,” Holden said. “They didn’t chant; they didn’t have signs. They were just coming into our community, all dressed in black, only showing their eyes and breaking things, throwing things and stomping on cars.”

The five men arrested were from Brooklyn and New Jersey, according to the NYPD. Charges included reckless endangerment of property, unlawful assembly and criminal possession of a weapon.

According to NYPD, officers confiscated a hatchet, ax and spray paint. All five rioters received orders to appear in the New York City Criminal Court for arraignment.

Mayor-elect Eric Adams came to stand with other local officials in Middle Village for a press conference Saturday, Nov. 20, to support the neighborhood targeted the night before.

“I was deeply disturbed and angry over what happened this weekend. It is one thing to protest at an elected official’s office, it’s one thing to come to a hearing and voice your concern, but to come to a neighborhood and openly destroy property, be disruptive, that is unacceptable in our city,” Adams said. “We are not going to allow this to happen, and we’re going to send a clear message.”

Holden criticized Mayor Bill de Blasio in his remarks Saturday and also tweeted about his statement, saying it fueled the fire.

“Our lamest of ducks mayor apparently thinks he knows better than the jury in this case,” Holden tweeted in response to the mayor’s post. “This is no time for dangerous rhetoric that might stir up civil unrest in our city, just to try to help his quixotic run for governor.”

Mayor Bill de Blasio tweeted, “This verdict is disgusting and it sends a horrible message to this country. Where is the justice in this.”