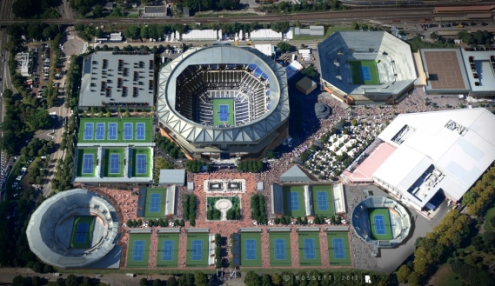 The votes are in on the much-debated expansions to the Billie Jean King National Tennis Center in Flushing Meadows-Corona Park, and the results are mixed.

Half of the six voting Community Boards are in favor of the US Tennis Association (USTA) moving 0.68 acres out of its current property — so long as the organization meets certain conditions set by each board.

Board 6 voted 21-6 and Board 8 26-8 in favor on Wednesday, March 13; Communty Board 3 voted 33-1 against the next night. The six advisory decisions will now go to Borough President Helen Marshall, who has 60 days to decide on the expansions. Marshall’s decision then goes to the City Council and the City Planning Commission.

Two boards voted against the proposal last week, one of which could switch to yes if USTA meets nine regulations — similar to those set by other boards — including setting up a conservancy for the park. Community Board 7 voted yes, but with eight conditions, on March 11.

Each board has recommended USTA discount court prices for seniors and children, and invest in the park’s crumbling facilities.

“Community Board review was the first step in a multi-layered governmental review process that also includes the borough president, City Planning, City Council and State Legislature,” said Tennis Center Chief Operating Officer Danny Zausner. “We look forward to continuing our dialogue as we move through the different phases.”

Parkland advocates against the plan, however, say they’re going to continue informing residents of the downside of the plans. “I think the community boards’ vote will have no impact whatsoever on the BP’s vote or the City Council members,” said NYC Park Advocates president Geoffrey Croft. “They seem perfectly willing to give away additional parkland to this private business for concessions.”