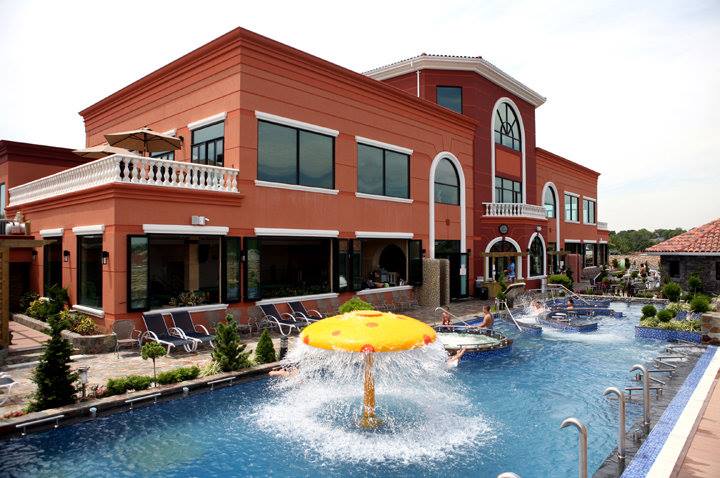 A College Point spa with a tumultuous past recently found itself in hot water again.

The owners of Spa Castle, located at 131-10 11th Ave., were fined $1,000 by the New York State Department of Labor after being found violating state child labor laws. The establishment has since paid the violation in full, the agency said.

According to a letter from the state agency’s commissioner Roberta Reardon to state Senator Tony Avella, the fine follows an investigation by the department’s Worker Protection Division and the Governor Cuomo’s Joint Task Force into a complaint opened in January 2017.

After multiple visits to the establishment and a “meticulous review” of the business’s wage and hour records, the agency verified Spa Castle had violated Article 4, Section 143 of the the state’s Child Labor Statute, which bars 16- and 17-year-old minors from working late-night hours on days preceding a school day. More specific details about the violation were not available as of Tuesday afternoon.

The violation was issued in November and the investigation was closed in December. QNS reached out to Spa Castle owners for comment as is awaiting a response.

The notorious spa most recently made headlines after owners were indicted on fraud charges in March 2017. One year prior, the New York City Health Department opened a special probe into the facility’s safety features after a 6-year-old girl was pulled under the water after her hair got stuck in a vent. The young girl survived the incident after being taken to an area hospital.

Reports also emerged in 2016 that several patrons were discovered having sex inside the establishment’s pools. Between 2014 and 2015, the Health Department cited Spa Castle for 49 violations.

Avella said he was “not in the least bit surprised” about the most recent violation.

“I’m glad to hear that the state has taken action to ensure that Spa Castle follows the labor laws and hope that they maintain a close eye on this establishment,” the state Senator said.