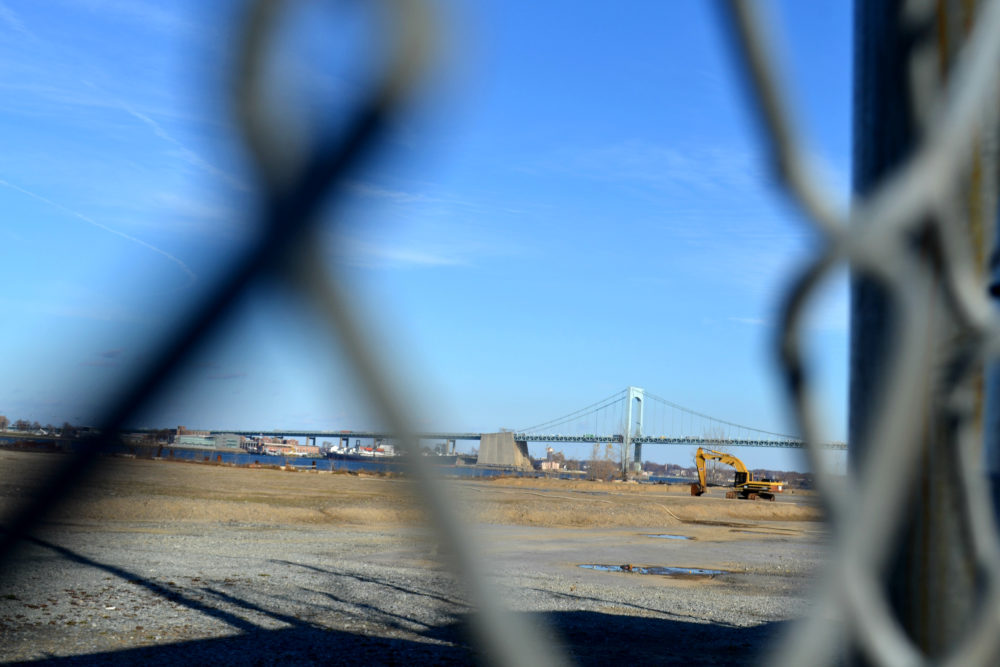 Despite protests from local community members, a state agency has given a developer’s revised cleanup plan at a Whitestone site its stamp of approval.

On Dec. 29, officials at the state Department of Environmental Conservation (DEC) issued owners and developers Edgestone Group LLC a certificate of completion (COC) for their remediation work at Waterpointe: an 18-acre site at 151-45 Sixth Rd. Formerly an industrial zone, the site has been a topic of concern in the neighborhood for over a decade due to its toxic soil and potential for overdevelopment.

Edgestone remediated the plot under the supervision of the DEC through the voluntary Brownfield Cleanup Program. According to DEC’s website, the Brownfield Cleanup Program encourages the voluntary remediation of contaminated properties, known as “brownfields,” so that they can be reused and redeveloped. A certificate of completion provides liability protections and certain tax credits to developers.

“The developer remediated this site under the DEC’s strict oversight to ensure the cleanup is protective of public health and the environment,” an agency spokesperson said. “The developer must now ensure remedial controls remain in place in accordance with the approved remedy.”

The cleanup project was assumed by developers to make way for the construction of 52 detached, single-family homes on the property. Required remedial controls include a sub-slab depressurization system (SSD) installed in each new building erected on the lot, which will read for any harmful active vapors released into the air, and the creation of a homeowners association to oversee management obligations.

In September, DEC announced that it had modified the cleanup agreement with developers. After an inspection, DEC determined the site was slated to achieve a “Track 4″ cleanup instead of the initially agreed upon and more intensive “Track 2 residential cleanup.” The Track 4 cleanup, while normally part of commercial development projects, can be used for restricted residential use under particular DEC guidelines, the agency spokesperson said.

The announcement was met with resistance from residents. In November, Whitestone locals and state Senator Tony Avella met at the site for a press conference, claiming the community was “kept in the dark” about the developments. Board members at Community Board 7’s December general meeting raised concerns about the harmful toxins left behind. They called for the New York State Inspector General to pursue an investigation into why work contrary to the original Brownfield condition was authorized by DEC.

Community Board 7 member Joe Sweeney, who has chaired the board’s committee overseeing the Waterpointe project for about eight years, told QNS the site is still contaminated, as far as the board is concerned. Members, he continued, are “at a loss” as to why DEC issued the certificate for the Track 4 work, which is not as stringent.

“The board’s worked very diligently to make sure that that site is viable for people in the future,” Sweeney said. “The safety factors relating to contamination under this track are not as stringent. We’re hoping that the electeds and the [New York State] Inspector General’s office investigate the matter.”

Residents and local leaders are slated to discuss the latest Waterpointe property development plans at the We Love Whitestone Civic meeting on Jan. 17 at 7:30 p.m. at the Holy Cross Greek Orthodox Church.

Edgestone purchased the land in 2012 for $11 million and originally sought to build 97 two-family townhouse homes and nine additional single-family houses at the site. However, the developers changed their plans to 52 single-family homes after protests from the community.